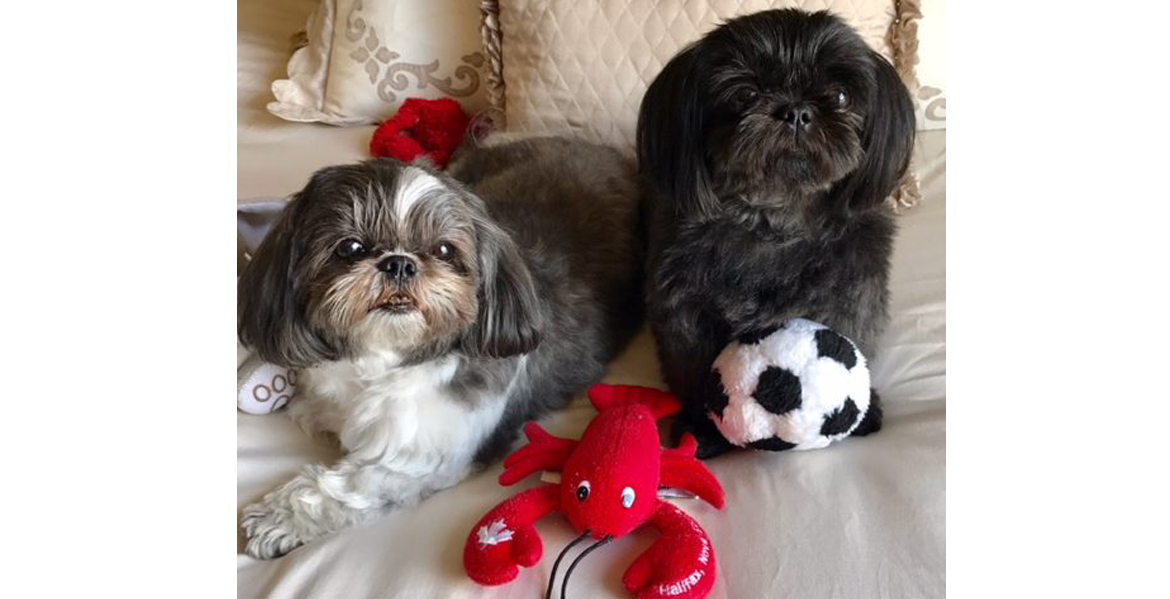 Pokey and Bossy are condo dogs — Landmarkkierland condo dogs. They’re Shih Tzus. And super-cute. Shih Tzus, in case you’re interested, originated in China and/or Tibet (it’s not certain which). The breed is also known as the Chrysanthemum Dog, apparently because they look a bit like puffy flowers with legs. They grow to about 10 inches tall and roughly 16 pounds, and live 16 years, more or less.

Bossy, the black male, is 7 years old, and Pokey, the multi-colored female, is 8. Their owners, Bill and Liana Thomas, confirm that these guys are perfect representatives of their breed, which is described as “playful, lively, affectionate, outgoing, and spunky.” Based on numerous encounters in the elevator, we can vouch for the lively, outgoing and spunky parts. 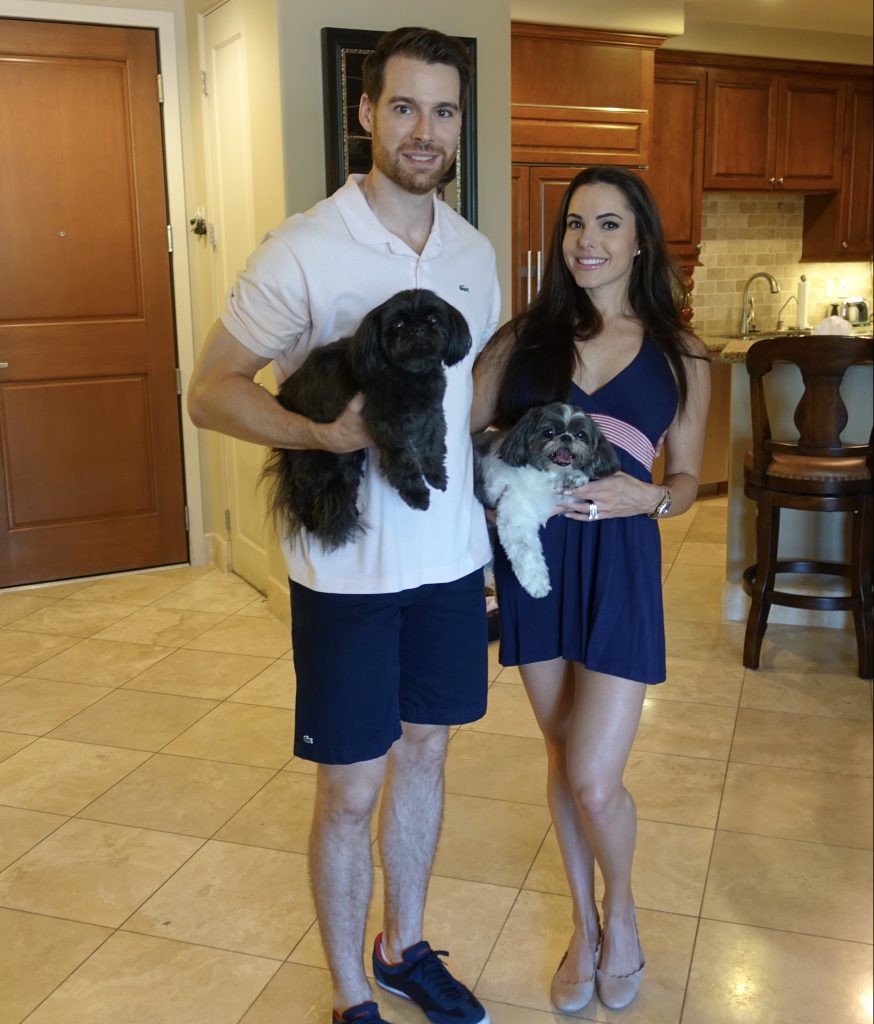 Also, these dogs are experienced travelers. Bill plays professional hockey for international teams, which has this family crisscrossing oceans and living in different countries for several months each year. Liana assures us the dogs are no trouble en route, tucked away in special carriers. Sounds easy. Maybe easier than traveling that distance with your average toddler.

Less than 10 percent of residents at The Landmark have dogs, and, thanks to the special acoustical design of the buildings, The Dogs of The Landmark don’t disturb the peace. (Most are small, due to our 50-pound weight limit.) Like Pokey and Bossy, however, they do enhance life for their owners and cause a few smiles for the rest of us. 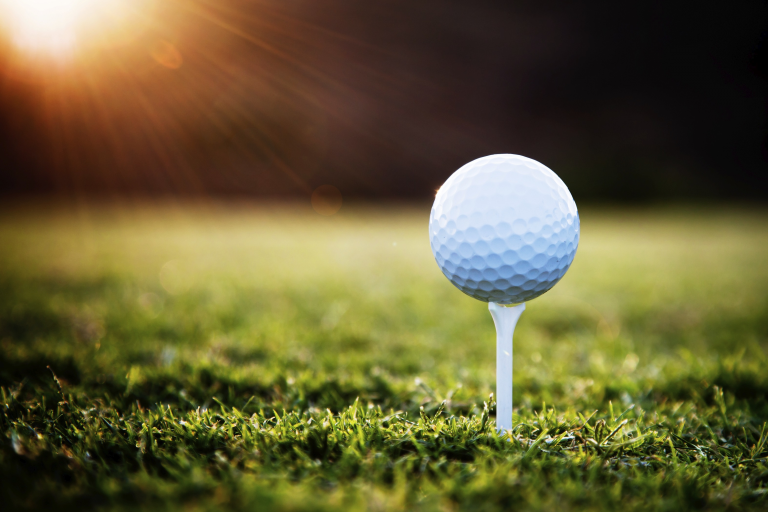 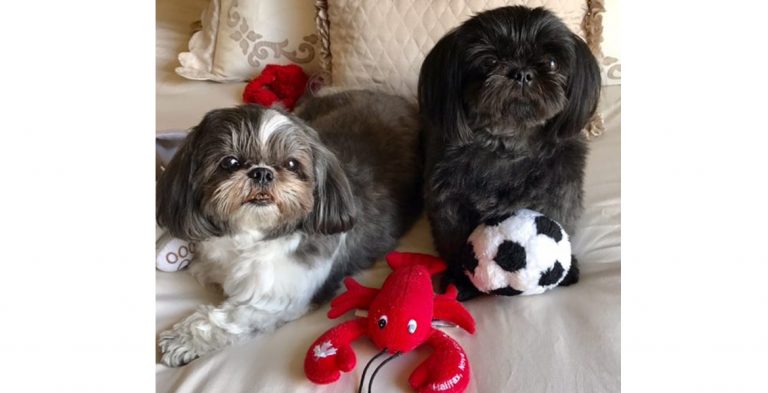